WHY LARAVEL IS THE BEST CHOICE FOR ENTERPRISE APP DEVELOPMENT? 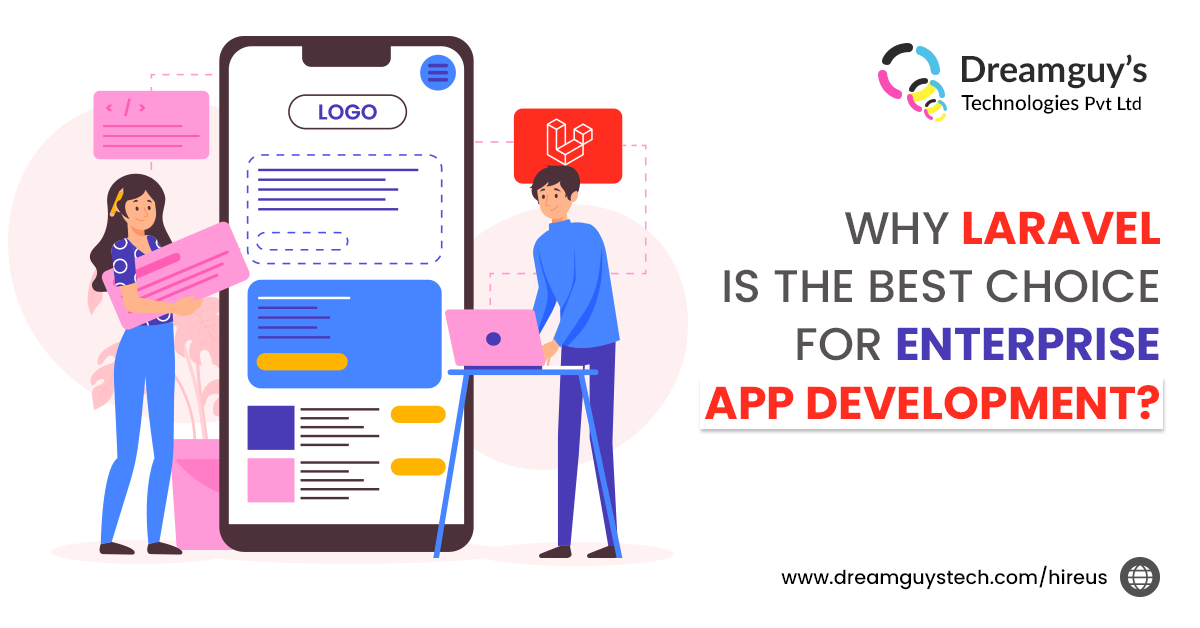 The Inversion tool of Laravel helps in managing the class dependencies more effectively.

Though running an authentication code is considered a time – consuming task, the Laravel developers make it easy with simple command.

The business logic is portrayed as various modules that combines together the various functionalities of the web application.

The caching feature of Laravel helps to increase the performance by reducing the processing time of the web application.

Without proper testing, the web development process is incomplete. The notable feature of Laravel is that it has a built-in testing system that makes both debugging and testing process easier. Testing need to be done before the final release to ensure the performance and security of the application had been developed. The advantage of using Laravel is that it is capable of performing multiple unit tests at the same time.

Why Laravel Is The Best PHP Framework?

Larval is an open source

Larval being an open source is one of the most demanding reasons as to why you should choose it of all the other frameworks for web development. Being open source makes it more flexible to adapt to the changes that comes in the way of enterprise development. The features of Laravel such as the flexibility and customization are available for free making it acceptable by a wide range of developers.

Larval has diverse range of libraries corresponding to each module. It leads to the creation of highly flexible user – friendly modules. Laravel also has support for object – oriented libraries which are pre – installed.

Time to market is much faster

In order to gain a remarkable place in the competitive market, it is essential that the features of Laravel should have faster time to market when compared to the other web development frameworks and Laravel has the same.

The coding can be simplified with the use of a blade template that makes use of plain PHP code. The complex task of coding is made simpler with the use of off – the – track widgets with JS and CSS codes.

The PHP framework of Laravel is highly – secure, that if any malware tries to evade the web application, it is prevented. This makes the code as well as the data safe and secure. It makes use of Bcrypt hashing algorithm to ensure security. Larval ensures the following security features

One of the complicated tasks for the developers to perform is the data migration. Here, the resources are outsourced in order to expand the database. This is achieved without recreating it. This in turn prevents the loss of any development data to a greater extent.

The community support provided by Laravel makes it easy for the developers to get the required support. This makes the development process more efficient. Thus, the turnaround time for the enterprises can be greater than the other.

Next
HIRE A FULL STACK DEVELOPER FOR YOUR PROJECT
Cancel Reply